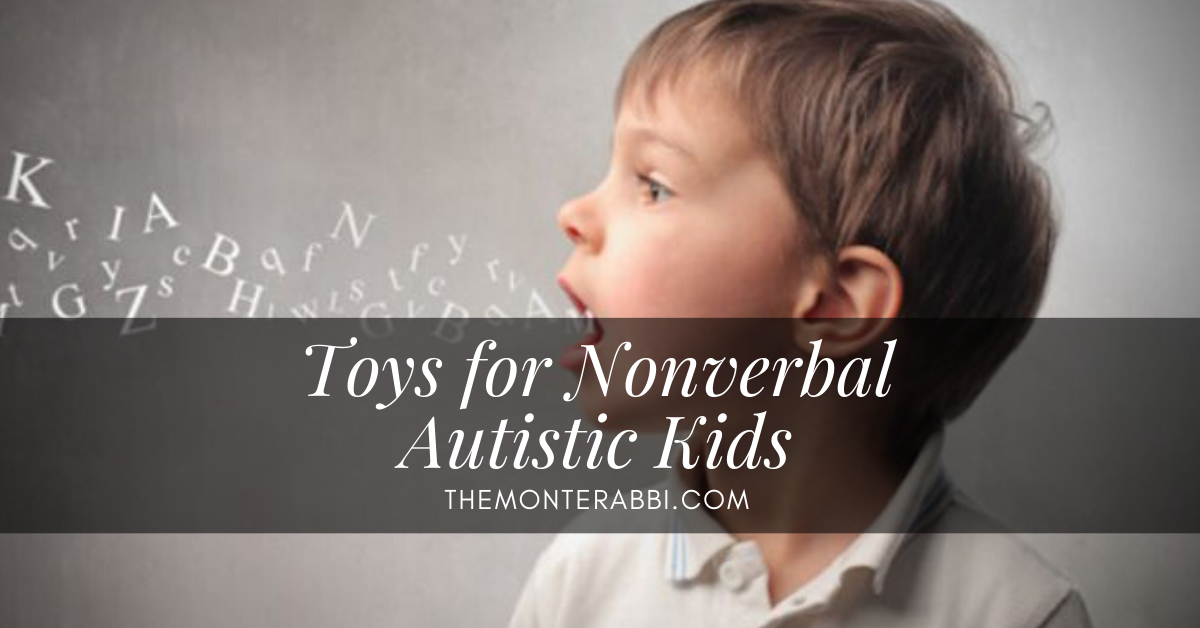 Without further ado, we want to recommend the Mk Games Feelings and the Leap frog spin as the best toys that parents who have kids with nonverbal autism or those suffering from speech delay should buy. What the two games do is that they encourage verbal expressions, social interaction and need for verbal play in kids.

Most autistic kids do end up speaking. There is however a very small subset of children living with autism spectrum disorder who end up non-verbal. However, this does not mean that they are non-communicative. When your autistic child is nonverbal, do not fret out. Most probably, they are just pre-verbal and all they need are the best toys for nonverbal autism so as to develop verbal language. As a parent, you need to work hard to intervene in the behavioral therapy of your nonverbal autistic kid so that they are able to speak.

Children with nonverbal autism are nothing but preverbal. As a parent or their teacher, you need to encourage the use of audio toys that encourage the child to imitate the sounds or toys that bring about social interaction. We look at the top three here

Things to Consider While buying toys for nonverbal autism

Go for a toy that encourages the kid to interact socially with others. Toys that encourage singing, word repetition, turn taking are great for nonverbal autistic kids. Within no time playing using the toy, the kid will be able to speak.

Autistic kids have been found to hate change. They want to do one activity repetitively and when you draw them away from it, they tend to get anxious and fidget a lot. As a parent however, you need to know that it is important that the kid ventures into the world of the unknown if at all they are to develop.

This game was designed by Meital Karni, an occupational therapist and Keren Strolovici, a special needs teacher. The two have been working for over 30 years with special needs children and having identified their therapy problems, it is a great game that will help your kid.

Features of the MKgames feelings

What I loved about the MKGames Feelings

–The MkGames Feelings is indeed a fun way for your autistic kid to learn about feelings as well as identify non verbal expressions in other people so as to interact in a better way with them.

–Designed by people who have worked with kids with special needs, this is indeed a great game for your non-verbal autistic child and after using it, I give it my unreserved approval.

–The game encourages collaboration with other kids or with you the parent which is something great for autistic kids who tend to be loners.

Autistic kids love solving puzzles. In fact they seem to have an innate knack for solving puzzles. What better way to irrigate this knack for puzzle solving than getting your nonverbal autistic kid the Melissa &Doug Farm Animals Puzzle. The Melissa &Doug Farm Animals Puzzle is structured that the kid is supposed to fit all the animals into the wooden block and once they rightfully do so, a sound effect mimicking the animal fitted sounds off.

The puzzle game is a great way to encourage your kid have better fine motor skills, identify sounds of animals as well as focus on the game. The Melissa &Doug Farm Animals Puzzle is colorful and great in creating imagination, hands-on skills on the child.

What we loved about the Melissa &Doug Farm Animals Puzzle 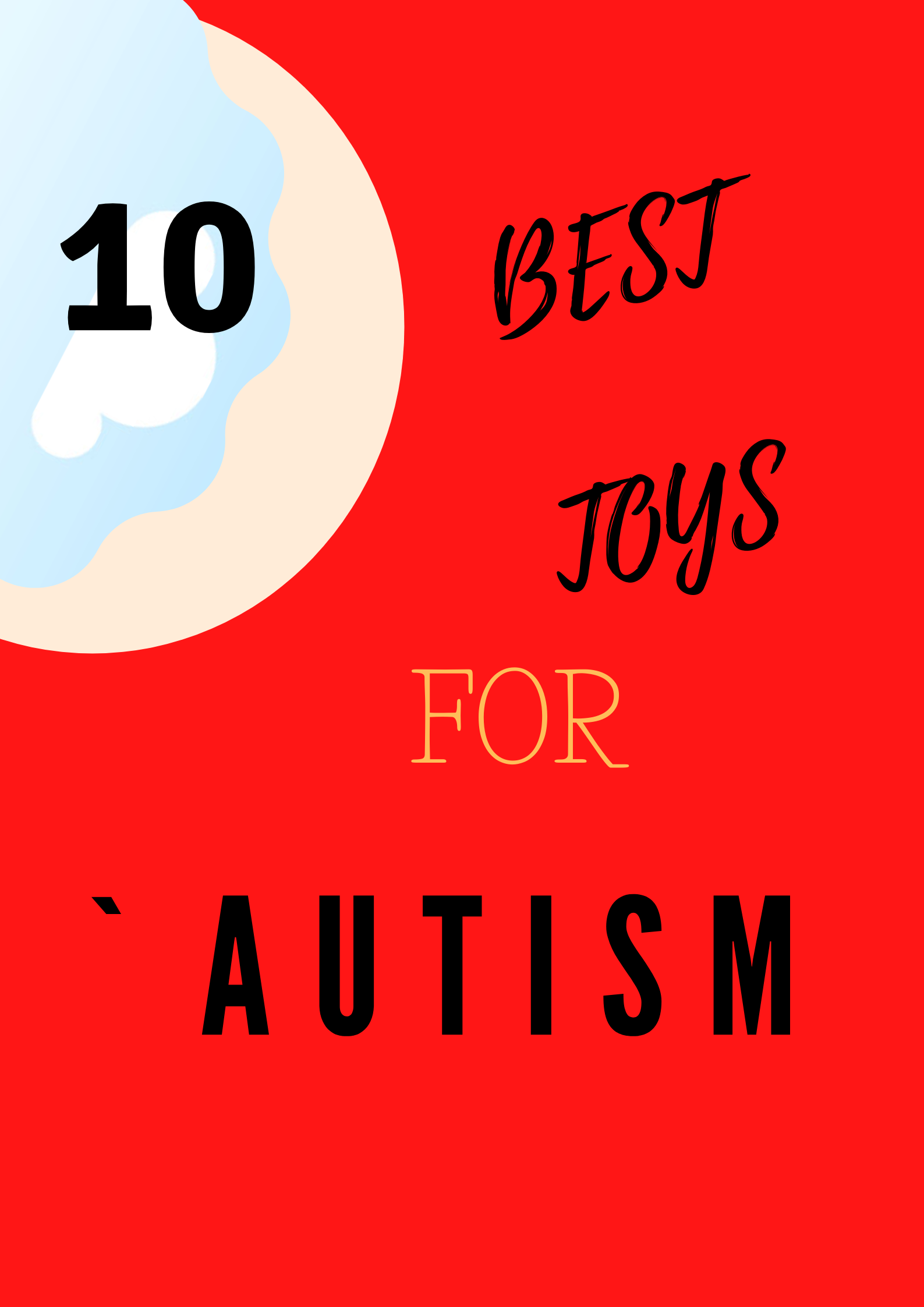 The See and Spell Game

Check Price of See and Spell Game on Amazon

What better way to teach your nonverbal autistic kid how to speak than the see and spell toy game by Melissa &Doug. The 50 lettered board helps the kid match letters with animals so that they are able to spell them out, sight-reading as well as language skills. Each of the animals need to be spelt out and it is not too hard for a 4 year old to spell out cow, fish, pig and so on.

The board will also teach your kid fine motor skills since it is a puzzle that needs to be filled. The letters as well as the animals are colorful and therefore will be great eye-candy for your 4 year old kid.

Check Price of See and Spell Game on Amazon

Have your kid learn the alphabet and sing along to the music of the Leap frog spin toy. From a child educator’s viewpoint, the toy is engaging, eye-catching as well as educative as it teaches your kid on the different letters on the alphabet, music as well as animals. A nonverbal kid will with time want to imitate the song and therefore communicate in the process.

Once the kid has learnt all the alphabets, it is advisable to remove the batteries or speakers so that the kid can say the alphabet with every spin.

Pros of the toy

Cons of the toy

A game that encourages social interaction and is also visually engaging, the inflatable Mickey mouse will first intrigue you because it is big enough as well as colorful. With a load of beautifully colored balls, big kids will be able to throw the balls at the top and watch them as they go down the spiral inflated tubings. Small kids can sit down and enjoy the show as well as pass balls to their big siblings.

What we loved about it

Check Price of Toy on Amazon

Though a little bit expensive for the low income shopper, this calico critters camper, cherry cruiser and koala family set will foster family and friendship values in your child. Have them get the feel of camping as well as spending time together as a family. Fostering imaginative play, the set will help your autistic child embrace the value of family, friendship as well as having fun together.

What we loved about the set

Having looked at the above toys, you now know what play things to buy when your child is pre-verbal and you are working to encourage them to speak out. Other than playing with the toys, you need to encourage them in using gestures as well as making responses even if they are one-word answers and rare in coming.

Though all the toys that we have listed above have batteries to run and make sounds, you ought to remove the batteries after sometimes so that the child can mimic the sounds. This way, they will slowly move out from being preverbal to being fully verbal and communicative.

Technology gadgets such as smartphones, TV, ipads and iphones as they might seem appealing and great for play with your kids and to afford you some quiet time as the kid is playing along should be avoided at all costs for kids below 2 years. The WHO states that kids between 2 to 5 years should have at most 1 hour of screen time, that is if that is absolutely necessary for them to have the screen time.