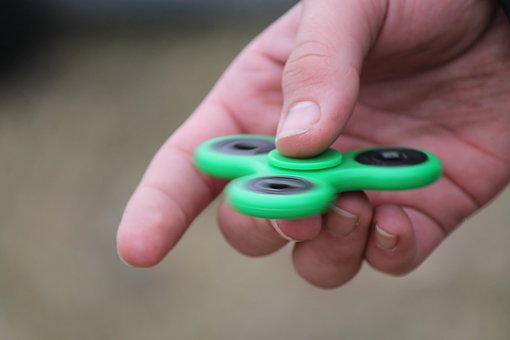 Autistic people are at most times anxious about so many things. They will be anxious about light, meeting new people, being expected to interact socially with other even when they do not feel like doing so, noise made by other children as well as the randomness with which people are doing things. If asked, an autistic kid would not love randomness; they want to do one thing repetitively, eat the same food that they eat yesterday and the day before, play the same games, interact with only their toys and remain in the same environment that they have been in all the time.

However, the world is random and there are so many new things that the kid has to see every day and every new place that they go to. This however makes them fidget. They feel so anxious and so they resort to fumbling around with their fingers, flapping their hands incessantly, waving as well as making repetitive movements or even running away from the new environmental stimuli.

Fidgeting can take different forms. It can be one of the following:

What to do when your autistic child fidgets

As a parent or caregiver, it is good to know that strange environmental stimuli makes your autistic child uncomfortable and the best thing that they can think of is getting away. They might also cry or throw a tantrum. Do not be harsh on them. Understand first that they are not throwing the tantrums out of wanting to perturb you. No, they are doing it because they are anxious.

Do not scold or shout at them because this will only increase their anxiety and they could as well run very far away from you when they find out that you are angry at their behavior.

Weighted lap pads as well as compression vests have been found to help calm autistic people when they start fidgeting. The science behind this is that the vests exert pressure on the kids body which makes them feel as though they are begging hugged by someone. And there is nothing that autistic kids love like having the feeling that they are not a bother and that someone loves them deeply.

Toys that explore the tactile stimuli of the child have been found to help a lot when your autistic kid starts fidgeting. The toy is designed such that when they are anxious they can fumble around with it and in so doing avoid the environmental stimuli that could have caused them the anxiety. One of the best sensory toy that you should try out is the sensory board for kids on the autism spectrum disorder.

While traveling to new places, I always advice parents to carry with them some fidget toys that the child will use while on transit otherwise it will prove to be a hard time.

Noisy places, loud music and heated conversations are going to make your autistic child fidget. You can get them some earmuffs so that the noise is reduced and therefore, they will not be that anxious.

You can also check our post on the sensory toys for kids with autism.