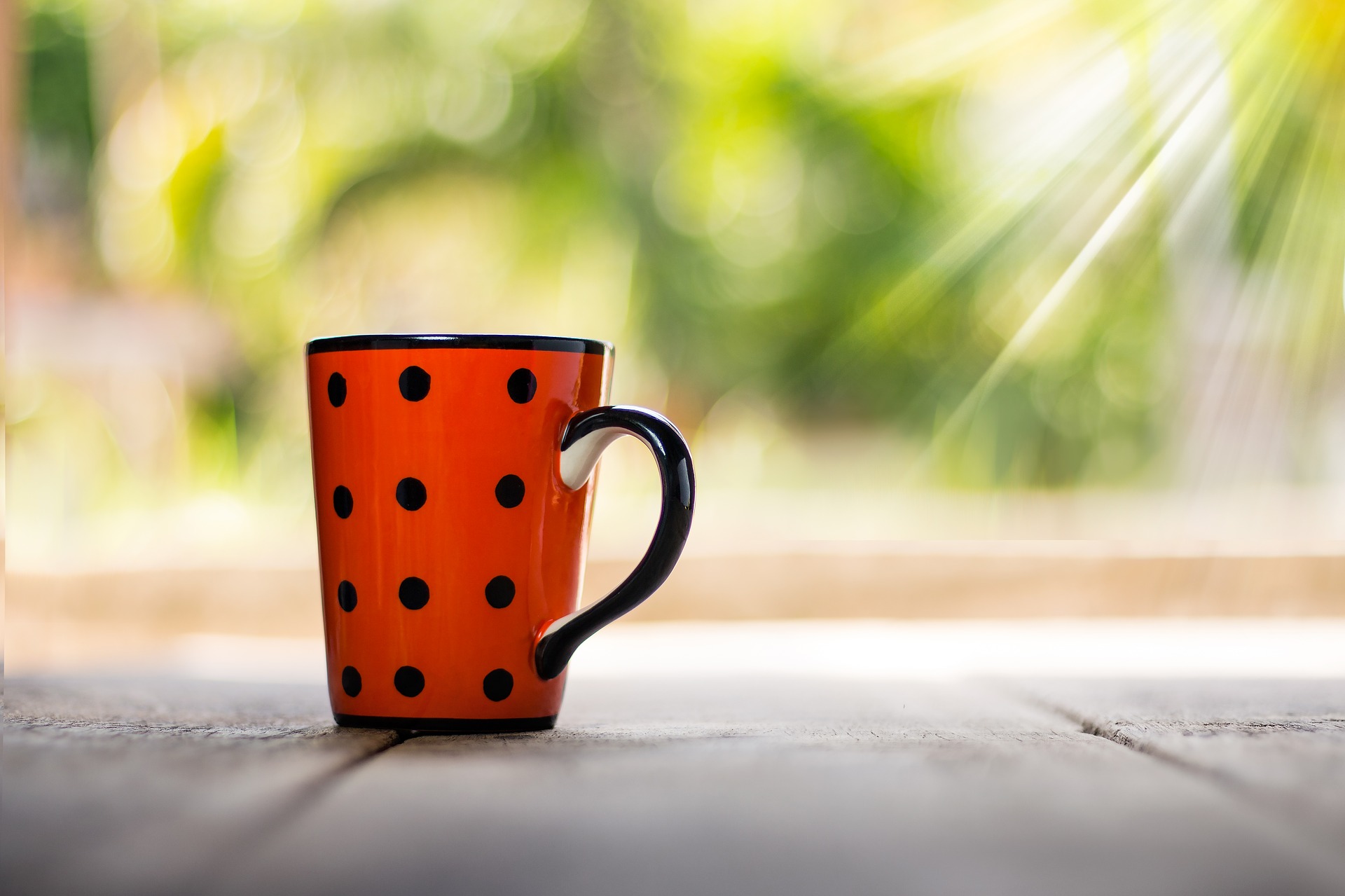 When I arrived from work yesterday, tired and worried sick with lots of thoughts in my mind, something melted my heart so much that I momentarily forgot all my worries.

My wife was not yet home from work and so I knew that I would have to make dinner for the family. That thought alone doubled my fatigue because, well, I hate cooking.

On walking into the house though, my 3 year old speech delayed kid who was watching the TV with his elder sister quickly left the TV. He ran to me at the door with this irresistible smile of his, hugged me as he quipped ‘Baba, Baba…’ endlessly.

He then walks me to their bedroom where he yanks the face mask off my face, walks me back to the sitting room and proceeds to ask, “Kukunywa chai?”

Now that is Swahili for ‘drink tea?’ (It is what he says when he wants tea)

At first, I thought that he meant that he wants me to serve him a cup and I was just about to tell his sister to pour him a cup. But then, his cup of tea is on the table, half full.

So, I toy with the thought that he might actually be intending to serve me some.

He pushes me to a chair.

He runs to the kitchen where he comes back to the living room with an empty cup.

He proceeds to pour me tea (with the help of his elder sister of course) from the thermos flask that was on the table.

That melted my heart.

It really made my day.

Last night’s incidence forced me to remember the far that we have come with this boy.

I remember days when I would be so worried looking at the boy and wondering why he will not just catch up with his peers in terms of language development. Everytime I would visit a friend and see a child younger than my son talking, I would be quick to ask, “ How old is your child? When did they start speaking? What did you do to make them speak that fast?”

And people would try to assure me that everything was okay. That the boy would finally speak.  There was even this group which went on to tell me that even Einstein spoke very late.

But I did not want any of these assurances. I would trade off his brilliance with speech. Any day.

There was also that time when I delved so much into reading on autism that I was convinced that he must be on the spectrum. Because let’s face it, he seemed to display echolalia, poor eye contact as well as poor social skills.

Was he really a late talker or on the autism spectrum disorder?

Though most people were of the opinion that I just wait and see what would pan out, I decided to try another approach.

I wanted some form of early intervention.

And so I took him for autism assessment. We were however told that he is alright. His hearing, eye contact, social skills were alright, said the lady speech therapist. Just simple speech delay caused by too much TV and the fact that we seemed not to talk a lot to him.

But I was not convinced yet. So I bought DHA fish oil, inulin and extra virgin oil. I put him on the Nemechek protocol.

Things did not improve and I was frustrated because getting those products shipped from Amazon to my country was damn expensive.

Then I chanced to see articles and videos on receptive language disorder and it really got me thinking.

Could my kid be battling with this? Could it be that he hears everything I have to say but does not understand anything? I decided to be more simplistic in my conversations with him.

I also felt guilty that I had given him too much screen time when he was young.

There was also the fact that we are in a bilingual home since my wife speaks English to him while I do Swahili. It could be causing confusion.

What has really pushed the needle in this late talkers success story?

When schools resumed this year, I felt that I needed to take him for day care sessions where he would meet other kids. Before that, he would stay with the house help watching TV all day.

I am happy to note that for the past three weeks that he has been attending these day care classes, the boy is a tad chattier. And it is not like they do a lot at the day care center. No, just simple play, saying ‘present’ when the teacher calls them out, sleeping and eating.

Today, he has so many things to tell us in the evening. Most though are incoherent but we still listen to them and show that we are attentive.

He has also learnt to use the potty to pee. Anytime he gets the urge to do so, he stands, walks to the potty, pees and then goes ahead to pour the contents into the toilet bowl.

For poop, we are honestly not yet there. Well, he feels the urge, removes his trousers and does it on the floor. And then goes to an adult and says ‘poo poo’ pointing at the small mound. But we pushing on yet.

Patience is a virtue

Taking care of a child requires patience. Bringing up a late talker requires even more patience. As you try to have the child vocalizing words, learning numbers, the alphabet, calling you ‘baba’ and shouting at his ‘mama’, you will need resilience to see yourself through all these.

There are moments when you will be frustrated, agitated and want to give up. But every time that happens, look back to how far you have come and the many hurdles you have had to jump through to get where you are. Look back to those times when the child would only blabber meaninglessly and see how great it is that they are now able to call people by name.

Delight in those little glories and stop wondering why your child is not like their peers who seem to have all things figured out having meaningful conversations with their peers.

Need to talk things out

There is a need for parents of speech-delayed kids to share their trouble with peers. I met a church friend whose child is also a late talker and we have been talking through things, exchanging notes on how we are taking care of our boys. While his kid is younger and has fewer words, I was able to tell him to go for an autism assessment as well as have the kid meeting more children in the neighborhood. He is taking things in stride and I am happy that he is currently going for speech therapy sessions with his son.

Every day after a speech therapy session, he comes to me and tells me what they were required to do for the day. He also narrates to me how hyperactive his kid is and how worried he is that the boy is not yet potty trained. I always tell him to be patient and perseverant since my son was also there and would pee on himself. Today, he is able to pee and poop on his own without soiling his clothes.

Other than having this church friend, I have joined Facebook support groups of parents whose children are battling with late talking. One good example is Parents of Late talkers that you can join here

Your friends and family members are bound to say nasty things about why your child is not talking. Some will blame you while others blame it on your wife. Do not be part of their nastiness. You need to stick with your spouse knowing very well that you have tried everything for that child of yours. When you are operating from the same front, you will be able to ignore the naysayers and focus onwards on giving your child the best support and intervention that they will need.

If you however side with the naysayers and see your spouse as the one responsible for the late talker, you will be fighting a losing game. Your child will suffer too, which is clearly not something that you want, right?