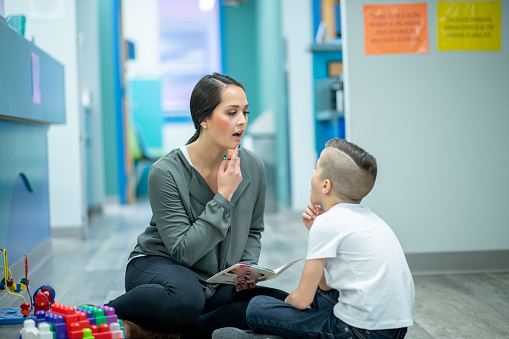 Bringing up a child is no child’s play.

Bringing up a late talker is harder.

There will be people asking why your kid is not talking. Others saying that you did not talk enough to your kid when they were young. And then there is this legion of people saying that your kid must be autistic.

Then there is this group of people telling you that even Albert Einstein did speak late.

It is a tough world out there, right?

Well, I understand that so well since I have a late talking 3 year old. He is making milestones but he is still way behind others in terms of language development. In this post, we will, look at 10 things that a parent of a late talker needs to do.

Lets dig into it:

Here the medical personnel will examine whether your child has hearing problems by requesting that you first get into an audiologist’s office. If assessed to be alright, the speech pathologist will assess the child’s late language emergence and what its cause could be.

Whatever the assessment, you need to probe the doctor and maybe even seek for a second opinion from another office if you are not satisfied.

After the assessment, the speech pathologist will advise you on the intervention measures that you need to take.

Speech therapy has saved many children and made it possible for them to be at par with their peers. During speech therapy sessions, you will also learn take home lessons on how to try to talk to your child when you go back home.

The speech therapist will also tell you of the triggers that make your child react in certain ways, why they tend not to respond when you talk to them as well as games that you could play with the kid to get them talking more.

ASHA advises that you should not just wait and see things happening.

There is a ton of both online and offline support groups for parents whose children are speech delayed.

Online, I have found these awesome Facebook groups where people share researches on late talking, their stories on how kids are faring as well as help each other emotionally because dealing with a late talker and a society that does not understand your situation can be quite a hard nut to crack.

You could join them here:

Parents of Children with Speech and Language Delay: https://www.facebook.com/groups/parentsofchildrenwithspeechandlanguagedelays/

You need to talk it out at school, in your local church and even at your parent’s home so that people can support you. Remember that since your kid is a late talker and might not have the adequate words to express themselves, you have to always be there as their advocate and fight their battles.

Do not beat yourself too much because the society is already doing so. When you do so your speech delayed kid will be at a loss because your facial expressions might not be able to hide how disappointed you are about their problem.

Count the milestones that you have been able to hit with your kid. Do you remember back those days when they could not utter even a single word.

But look now, maybe they have a few words such as ‘mama’ and ‘papa’. Pat yourself on the back for trying this much with your child.

Research shows that a good percentage of late talking is caused by the introduction of screens too early into your toddler’s life. The screens could be TV screen, handheld devices such as smartphones and tablets.

Screens can be addictive for toddlers especially when they are watching harmless and nice baby songs such as baby shark doo doo. But eventually, you are going to see all the harm that they were causing since it will take a long time before your child is able to relate to the real world and see that it is different from the world of Cocomelon and cartoons.

Instead of screens, you could take the child out to play with others or make some board games that you could play together at home as a family. This way you will be killing two birds with one stone; you are cutting out screen time for the kid as well as creating some good fun family time with your loved ones.

If your child has receptive language disorder, you need to realize that though they hear what you are saying, they are not able to comprehend it fully. This causes difficulty in their responding to you since they do not understand what you asked for in the first place. Could you try to be a little bit simpler and use words that they can relate with?

The society is saying so many negative things about you. They are saying that you are irresponsible. That you did not teach your child to talk. That you left them with the househelp for too long.

Do not listen to them says Dr. Stephen Camarata.

Cut out the bile and see the positive strides that you are making in your toddler’s life.

Late talking children need to meet their peers and maybe copy their games and play. This way, they will slowly learn how to interact with them as well as engage in social play.

You could help by taking them to preschool where they will meet other kids.

At the same time, you could also take them to amusement and recreational parks on weekends where they will meet other children to play with. The use of trampoline for example has been found to be key in helping autistic children get a language as they jump excitedly vocalizing words. At the same time, trampoline helps autism especially if the kids are taking turns jumping on the rebounder.

You need to keep a positive vibe.

At the same time, you could read on other people who have battled with late talking and came out victorious. The Einstein syndrome book by Thomas Sowell is for example a good read with a bunch of kids who were late talkers but later turned out to have innate abilities and catch up with their peers.