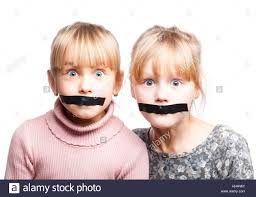 Is it Autism or Speech Delay?

My son is 19 months. And he is yet to speak. Could this be a sign of autism? Or could it that he has delayed to speak?

This was a question that was emailed to me by a friend. He has been interested about autism and so wanted to know whether their kiddo had autism or it was just speech delay.

Most parents today are having that challenge. While worried that their kids are not speaking, they are very afraid that it is not autism.

Well, in most cases, you find that the kids have just delayed in speaking. This could be caused by many factors. Say for example that the kid is watching lots of TV or playing too much on smartphone, you are speaking in a different language and at their day care, they use another language.

This might create language confusion for the kid and it will take time before they speak. It could also be that they have receptive or expressive language disorder. All these can be assessed by a speech pathologist who will advise you on what to do.

Well, in this post, I look at that topic in depth.

For an autistic kid, one thing that stands out is their tendency to love being alone. They will spend the whole day stacking blocks alone and you would need to interrupt them so that they can focus on other things.

For the regular kiddo, they will play alone for a short time and look for human attention elsewhere. They will tend to get bored easily doing things on their own.

At the same time, a regular kid will crave for social interaction. Though they might not be able to speak, they will want to go out and play with other kids. They will tag you along in their games. They will want to make sounds at other kids and such kind of things. Autistic kids will not show these kind of signs at all.

Kids with autism though will not employ such gestures to make communication.

If your kid understands some language say when you tell them ‘Come’, ‘go’ and so on then that could show that your toddler just has speech delay and not autism.

A child at 18 months or 2 years should have imitation language say for example waving at parents ‘bye bye’. If your nonverbal kid displays imitation of adults, then they are good to go. All they have is a speech delay.

The CDC has listed some very important developmental milestones that you should check out. Pay attention to the milestones in 18 months and 2 years so that you can have an idea of what your kid is lacking. And hey, if they are yet to show these milestones, then do not be too quick to judge; take them to a special needs teacher or occupational therapist so that they can assess your kid and give you a better diagnosis. If your kid is going to preschool, then you could ask how their development is and whether they have delays, are responsive in school and how they relate with other kids.

5. The kid has the Einstein Syndrome

People like Albert Einstein among other very gifted individuals were late talkers. While they had eye contact, social play and no meltdowns, they were still speech delayed. You can look up at these characteristics as described by Thomas Sowell in his book The Einstein syndrome

Once diagnosed to have autism, you need not give up. You can still work to have them speaking by having an intervention program that involves toys and speech therapy