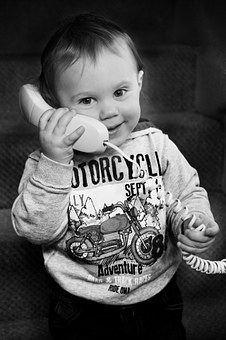 There is nothing that feels as bad as seeing other 2 to 3 year old kids expressing themselves verbally while your kid is stuck with babbling and gesturing. It gets you thinking about what wrong you might have done. So you take them to a speech therapist to have them checked out, go to an ENT doctor to have the ears checked and anything else that might be hampering their speech. You even ask that everyone in the house speak to the toddler in one language because you feel that being a bilingual family might be causing the delay.

You also go ahead and ditch the TV, tablet,smartphone or any other screen that might be derailing them, buy as many toys to help them talk but nothing seems to be happening. And so you feel like giving up and commanding the kid to verbally express themselves. Because you are frustrated. You even wonder whether they are on the autism spectrum disorder but you quickly rule it out because you do not want them to be with ASD and if anything, their social interaction, intellectual level is good enough. So you believe that they are just late talkers but deep down, you will be asking yourself when they are going to express themselves verbally just like this mother who was wondering when their boy would talk.

But you are still at square one when all is done: how do you encourage your child to talk. And so you start googling and reading all sorts of blogs and online resources on getting your kid to start talking.

Activities to help toddlers with speech

Well, maybe there are various activities that you have not tried yet. In this article we will look at them.

Kids between 3 to 4 years

In autism circles, we have found auditory sensory overload to be a great barrier to kids on the spectrum being able to concentrate or paying attention. They therefore will flop in exams, feel uncomfortable in noisy places and would need active noise control devices so that they do not have meltdowns.

4. Play talk games with them such as identifying things eg “It is used for sweeping floors” and have them answer the question. They could also formulate such questions

5. Introduce them to other words in different environments such as in the animal orphanage where they can see gazelles, lions and elephants.

6. Introduce them to sounds made by animals and expect them to identify the animal making the sound.