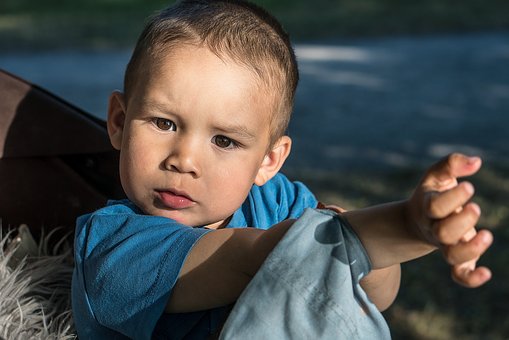 My baby boy toddler who is 2 years is not talking.

This was the start of an email sent to me two weeks ago by a disturbed mother. Despite reaching all the other growth milestones, showing a high level of intelligence and hyperactivity, the boy was yet to speak. Yes, he did babble and would once in a while mimic others as they sang though his words were never comprehensible.

The mother had consoled herself for a long time after friends had told her that boys do speak late. There was even this one friend who once told her that the boy might even happen to just be a genius. Like Albert Einstein who first spoke at the age of 4 years after remaining mum all through.

The mother now was worried as she sent me the email. It was clear to her that either the boy might be a late talker or autistic and therefore she wanted expert opinion on what was amiss.

Well, let me answer her question on ‘when a baby boy should start talking?’ Babies either boys or girls begin speaking at the age of 3 months when they start cooing. Before this, babies express themselves via crying, turning, smiling and grimacing. Parents ought to observe their kids intently so as to understand when the kid is asking for food, is wet, hot or having sensory overload.

Babies at six months–Here the baby express themselves via babbling. Rather than cooing, they have developed a better verbal expression and will say ‘da-da, ba-ba’ and so on. It is meaningless baby talk.

Babies at 18 months--Here the baby can point on things as well as repeat the last words in a sentence said by an adult.

Babies at 2 years–the baby can string a simple sentence such as ‘me milk’, ‘me toy’

Babies at 3 years–at this age, the language develops further and they can express themselves saying ‘am happy, sad etc.

Reasons why the boy might be late in talking

Here I suggest reasons why your boy is not talking.

Your boy could be having some ear problems and that is why they are not able to talk. Toddlers learn speaking by first listening to others and then imitating what they heard. If a kid has a history of ear defects, then they will not be able to speak. Before moving on, one needs to take the kid to an ENT specialist who will check the child’s ears to ascertain that everything is okay with them.

Autism spectrum disorder (ASD) could be causing your child to not speak. Autism is a mental problem where people have problems communicating and interacting with others. Autistic kids have been found to not babble, have poor eye contact and show no interest in verbal communication. Though some do eventually verbally talk, they are not able to express themselves and talk of their needs since they lack the language to do so.

Computer screens, TV screen, tablet screen, smartphone screens; everywhere you go, we are surrounded by screens. Unfortunately most parents thinking that they are doing their kids any good allow them to watch addictive cartoons and animations such as the baby shark do do do song. It is never a good thing as it derails a child’s speech. World Health Organisation (WHO) says that kids below 2 years should not have any screen time. Those between 2 to 5 years should not have more than an hour per day of screen time.

Reports have been written showing that there is a strong correlation between increase in screen time for toddlers and their delayed speech. Parents therefore should shun screen time and instead focus on interacting, playing with their toddlers. This way, the kid is able to learn and to mimic sounds and language patterns that they hear from others. At the same time, parents could also buy toys that encourage talk.

It could be that your boy is simply a late talker. At the age of 2 they are supposed to have at least 200 to 300 words. However, some kids will not have this. Maybe they are babbling or have at most 50 words mastered. Understand them and maybe see advice from a speech therapist on how to speed up things.

I have seen this happen so many times. Some working mothers hire house helps to take care of their kids. However the helps never stay for long and are immediately replaced once they move out of the job. Each of the helps speak a different language and so the toddler is exposed to so many languages that they are not sure which to pick and follow. They end confused and will only talk when they are exposed to one language for a long time.

Most parents are too busy with their jobs, relationships and dreams that they are not training their kids to speak. This could delay everything. A toddler needs to hear you speak so that they can mimic you. So you need to make sure that you are ever speaking in the house. Chat with the kid, engage them while you are cooking or whatever other activity you are doing in the house.

Check our post on toys for speech delay here